Make sure you’re familiar with Alaska hunting laws before heading out for the hunt. Enjoy an exciting time of the year veteran hunters and beginners alike.

– This article was originally posted at OutdoorWarrior.com and is shared with full permission –

Hunting laws evolve on an almost yearly basis, mainly to address public safety for the benefit of the hunter and the hunted. It’s a must to keep up to date on Alaska hunting laws before heading out on your first hunt.

Studying your state’s hunting laws might be a bit time consuming, and we know you’re impatient to get out there and start shooting. But breaking the law and having to pay a fine can put a serious damper on hunting season.

Keep reading to learn about Alaska hunting laws including dates, which animals the state will allow to hunt for, which weapon is legal to use, how to get a hunting license, and much more.

Alaska is one of the most popular hunting destinations because it’s home to a variety of big game, making it an exciting place for hunters. Alaska hunting seasons begin in the month of August and September and usually ends by October.

According to records of a hunter-conservationist organization in the U.S., the most common animals hunters look for in Alaska are brown bears, moose, and caribou. Alaska is said to be a bear country. It’s not uncommon to come across black bears, brown bears, and even polar bears in the state.

The brown bear and the grizzly bear are of the same species (Ursus arctos) by classification. The species can be found all over the state except for the following areas: 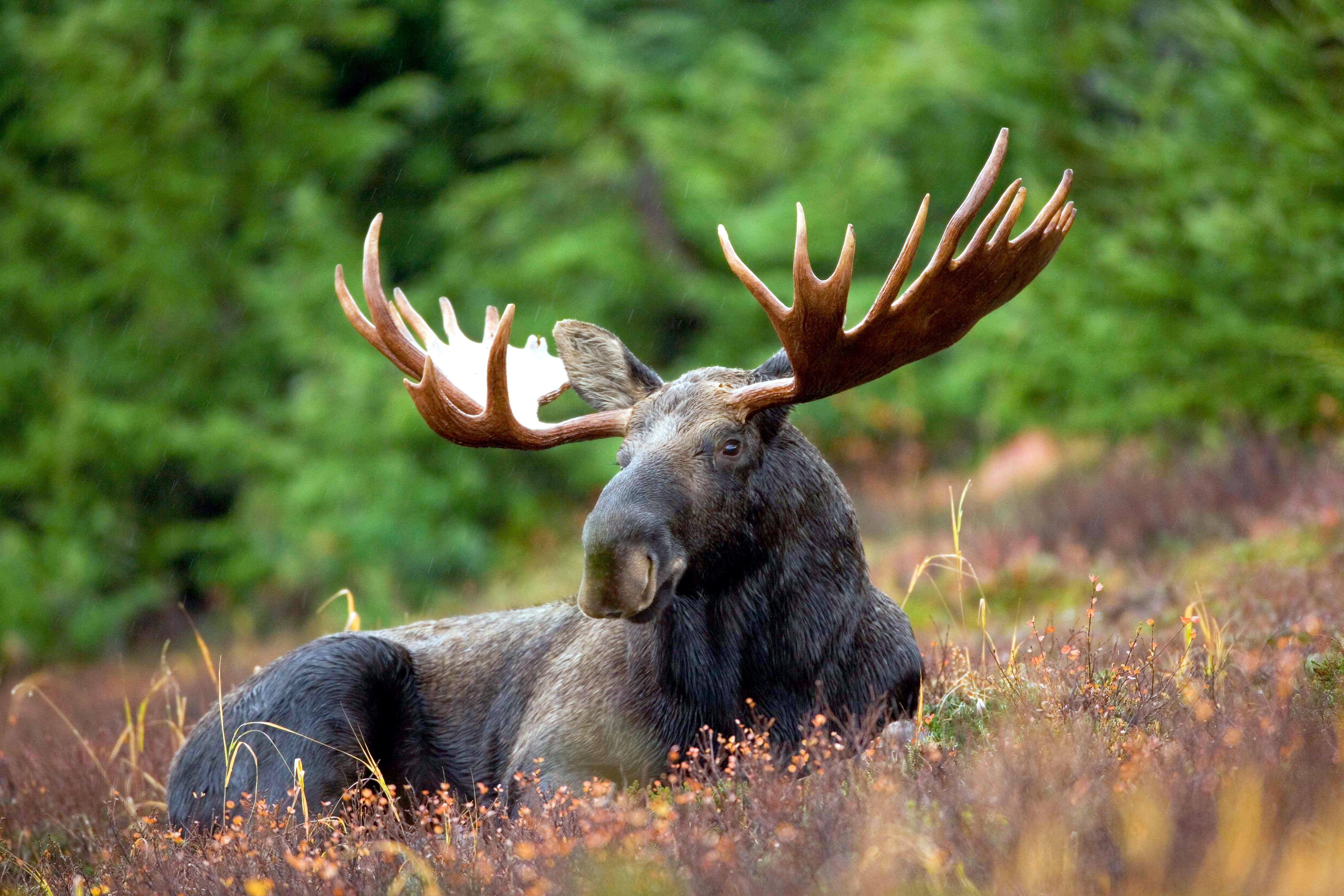 These heavy-bodied and long-legged creatures are the largest members of the deer family. Bull moose are the only ones that have antlers with the trophy class bulls being found in the western portion of Alaska.

It is vital that a hunter is able to identify a legal moose for hunting in accordance with the state of Alaska hunting regulations. Generally, hunters can hunt using a shotgun, muzzleloader, and bow and arrow by permit only depending on the area they are hunting in.

Muzzleloader Definition: A type of firearm that loads ammo through its muzzle.

Research about the rules on using firearms and ammunition. Caribou, like the moose, are larger members of the deer family. Both sexes of caribou grow antlers, which is a distinction that sets them apart from their cousins.

Since caribou migrate on a seasonal basis, timing is of the essence. A certain area that may be a good place to hunt for caribou in August may not have the same number in September.

According to data, an average of 22,000 caribou is hunted in Alaska each year. General hunting season is August 10 – September 20. By permit is December 1 to March 15. There is also year-round hunting, depending on the area.

For other detailed season dates and their respective areas for hunting caribou. This is for all the above-mentioned game. It is imperative that one must acquire the appropriate license and whichever permits, harvest tickets and tags for particular hunt regulations.

Just click here to learn more about the proper license and permits, including the acquiring and purchasing licenses, licensing options and the available possibilities for the disabled elderly and military personnel.

There is a lot more to learn when going hunting than how to aim and shoot. If you want to become a responsible citizen it will take a lot more time, resources, and effort before you can go out and hunt.

But when the time comes that you do get all the necessary requirements and proper training, you’ll never regret taking the time to do so.

What do you think about these hunting laws in the state of Alaska? Share your thoughts with us in the comments section below!

Get the Hoffman Richter Fixed Blade from our Amazon Store. Use NCSAVE10 to get a discount. Editor’s Note: This post was originally published on October 4, 2016, and has been updated for quality and relevancy.

The Basic Snare: Trap For Your Life (Part 2)